Recently a Uyghur intellectual told me that the most important representations of Uyghur life are in music. Literature and film are also important but because these cultural mediums have a shorter history and smaller industry among Uyghurs, music continues to be the main mode of expression that circulates beyond intellectuals and cosmopolitan urbanites into the homes of every Uyghur family. It is because of this that most Uyghurs encounter abstract cultural concepts through music and oral poetry. Since the 1980s with the introduction of the cassette and then in the late 1990s the VCD, music has become a ubiquitous form of cultural representation. Since music has such an important place in Uyghur cultural life, in this blog we have detailed the rise of pop stars such as Abdulla, Erkin, Perhat Khaliq, Ablajan and others. But these mainstream pop singers have not always been mainstream. In fact most of them owe the start of their success to an anti-pop star—the first truly urban, heavy metal Uyghur musician, the iconoclast Äskär Memet.

Uyghur urban arts really begin with Äskär. He was the first Uyghur to grow his hair out long in the mid-80s and “consciously” take on the affectations of Western musicians. Of course Exmetjan had also done this to some extent with his mimicry of Elvis Presley and his electrification of the muqam and so on, but in the minds of many Uyghur musicians he did this without really understanding the genres he was mimicking. Äskär, on the other hand, was very conscious of what he was doing. According to a documentary made about Äskär’s life, it was coming of age in the city that transformed his perspective of what was possible. Although he was trained as a stage performer and even starred in the leading role of a major 1988 film by Guang Chunlan titled Dance Fanatic of the Western Regions (西部舞狂), Äskär found his true passion in the urban folk rock of Cui Jian that was becoming a major force in in Chinese urban culture in the late 1980s. Over the next decades he in turn became the inspiration for Abdulla and he gave Erkin his start as a guitarist.

For many Uyghur cultural critics though, Äskär will always tower above these other musicians. Although he is less popular among the majority of Uyghurs, for urban modernist intellectuals it is he and other independent figures like Perhat Khalik and the writer Perhat Tursun that have been able to transform Uyghur art forms into sources of inspiration. As scholars have noted, Äskär’s music like the work of these other independent Uyghur leaders is shaped by radical, critical thought rather than some sort of reactive return to some nativist past.  Instead musicians like Äskär have engaged with difference and change in a way that lays bare the issues without announcing the solution. This approach does not attempt to hide the fact that Uyghurs tangled in a bureaucratic society within the immediate proximity of the Chinese state and a rapidly growing Han population. 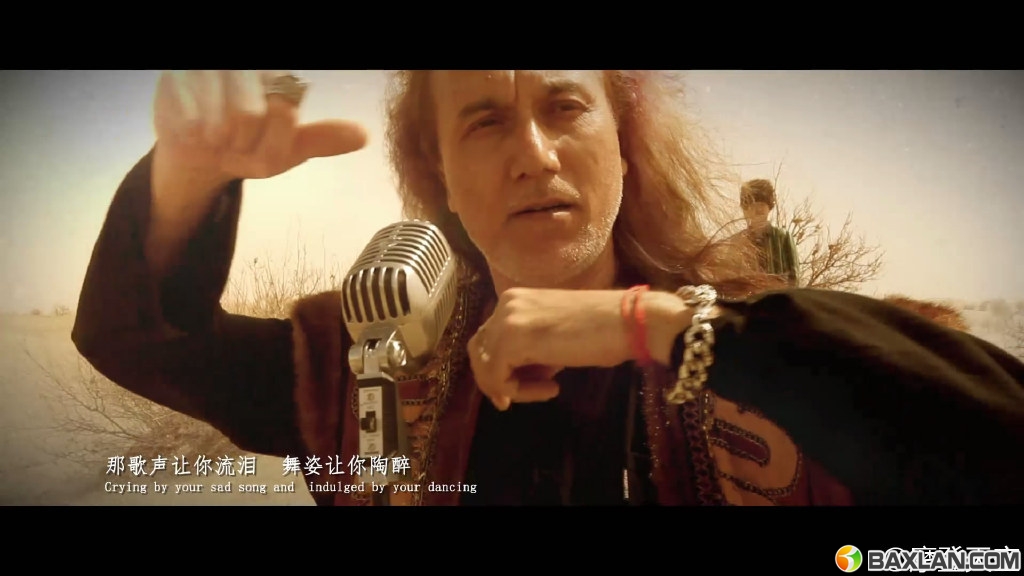 Äskär’s most recent music continues in this vein. One of the singles that has been highlighted by his label, Modern Sky, (see above with English and Chinese subtitles) is called “The World Is Beautiful Because of You.” Centered around the refrain “Oh, my Uyghurs!,” the song calls on Uyghur and Han listeners to consider the rich history and culture that Uyghurs possess. The song is bookended by Sufi chants by rural mystic and bridged by the song “Hey Crow” by a Hotan folk-singer who advises Uyghurs to not look at the wives of others. The middle of the song is infused with imagery of past Uyghur greatness through portraits of Uyghur political leaders, comedians poets, intellectuals and sages who built Uyghur traditions. We see images of Axmetjan Qasim, Sapidin Aziz, Burhan Shahidi, Jian Bozan, Hisam Aka, Lutpulla Mutellip, Amanisa Khan, Mahmud Kashgari, and the Uyghur Buddhist monk Khumerajiva. The song ends with a line that asks listeners to “wake up” to the beauty of the past and while they live in the present – a line that in Chinese is interpreted as “don’t be sleepy” but in Uyghur ears sounds much like the outlawed nationalist poem “Wake Up!” or Oyghan! by Abdukhaliq Uyghur.

In a translation by Abdurahim Ayitbayev the opening stanzas of that 1921 poem goes like this:

Hey, poor Uyghur, wake up, it is enough to sleep,
Now you have nothing, the only thing to lose is your life.
If you do not rescue yourself from death,
Ah, your condition will be fatal, will be fatal.

Stand up! I say you, raise your head, wake up from your dream.
Cut the head of your enemy, spill his blood!
If you do not open your eyes and look about,
You will die asleep one day, that is your only chance.

Already, your body looks like it lacks a soul,
Maybe that is why you do not care much about death?
I am calling you, but you are lying motionless,
Do you want to die asleep?

Take a broad view of things, look about,
Think well about your future.
If this chance is lost,
Your future will be bad, will be bad.

Like Perhat Khaliq, Perhat Tursun and other independent Uyghur figures, Äskär is able to negotiate his position as both an insider and outsider to Uyghur society. Throughout this new song we see him celebrating rural Uyghur life and pre-Islamic traditions in a way that many mainstream Uyghur musicians do not. Since unlike many other musicians he appears not to be afraid of losing his urbane upper-class status by associating with poor farmers and un-orthodox Sufi practices, he is uniquely-positioned to combine both the intellectual heft of the Uyghur past with the living traditions of the present.